Following months of preparations and hard marketing work, Spinomenal’s Halloween Network Draw has come to an end with the announcement of the big winners!
With more than 200 participating brands, over 120,900 players who won at least 1 draw ticket and almost 4.2 Million draw tickets collected – Spinomenal can defiantly declare this promotion to be a phenomenal success!

Spinomenal’s Halloween Network draw, or in its official name- Trick or Treat, took place between October 24th and lasted until November 2nd. The Draw roles were quite simple- each of the following games: Spin’O’ween, Hallow Reels, Origins of Lilith, 4 Horsemen and 4 Horsemen II, had a bar implemented on the top of the play screen. Each player that entered any of these games and reached a €5 total bet, earned 1 Draw ticket. Tickets could be accumulated when switching between the participating games and were presented in the progress bar. Each ticket a player earned was used as an entry ticket to the Big Draw that took place today.
The brilliant and most important role in this draw was that the number of Draw tickets a player can earn is limitless and thus creating the massive amount of tickets mentioned above.

On to some numbers- The most played games in this draw were Hallow Reels and Spin’O’Ween with 70% of the spins played in this tournament.
The most active player in Trick or Treat draw had accumulated over 19,000 draw tickets(!)

The winning players of the Halloween Draw are published in this following tables: 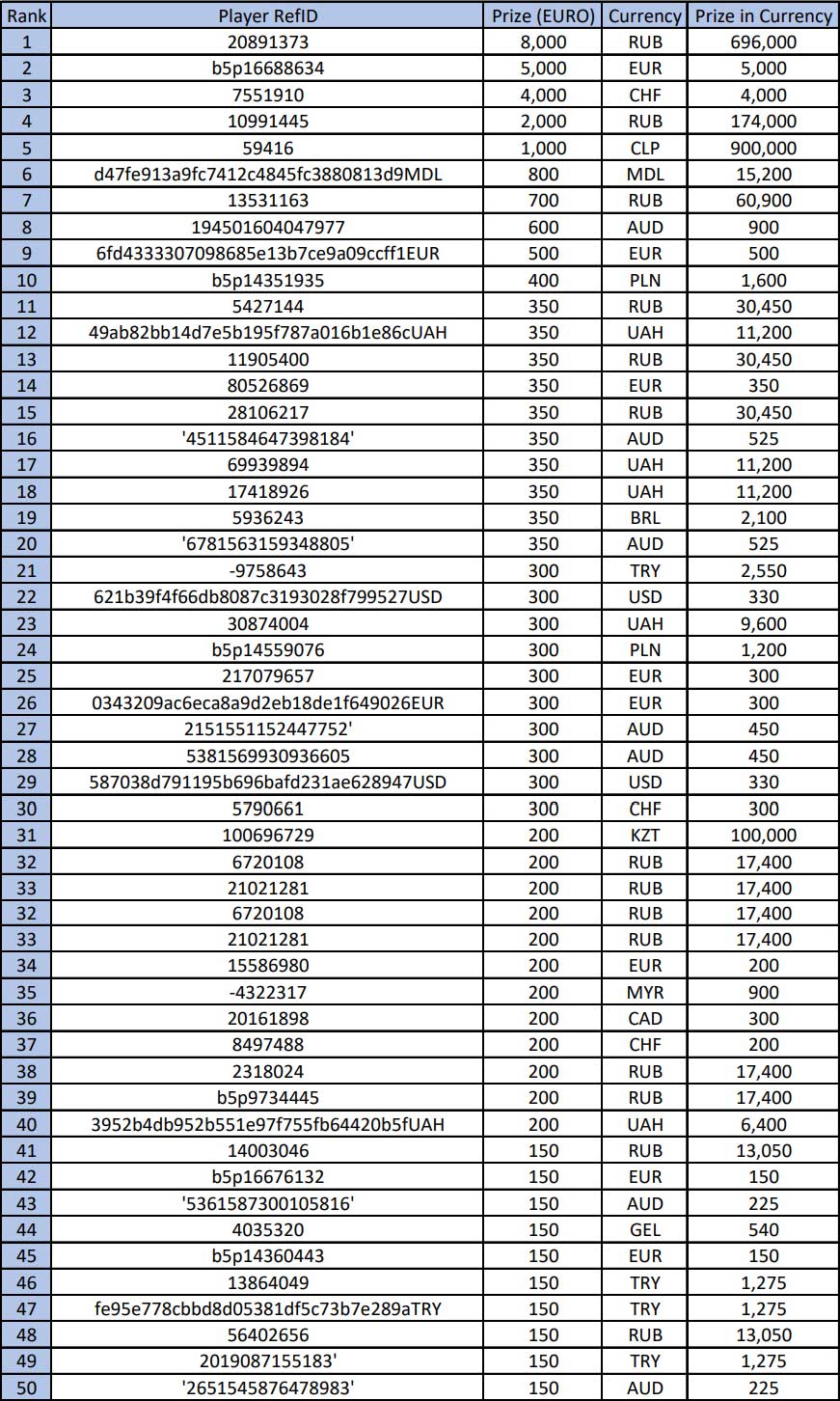 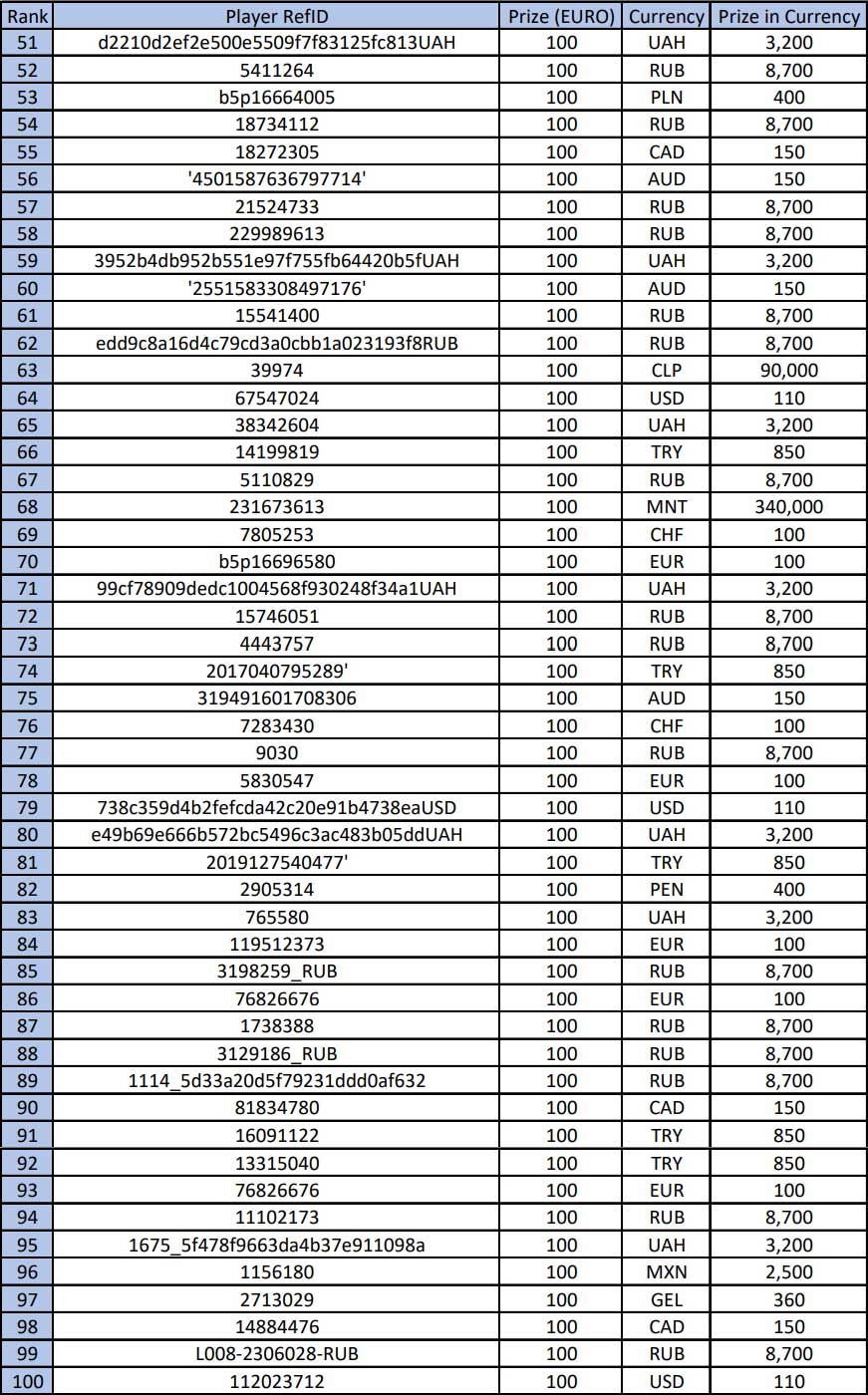 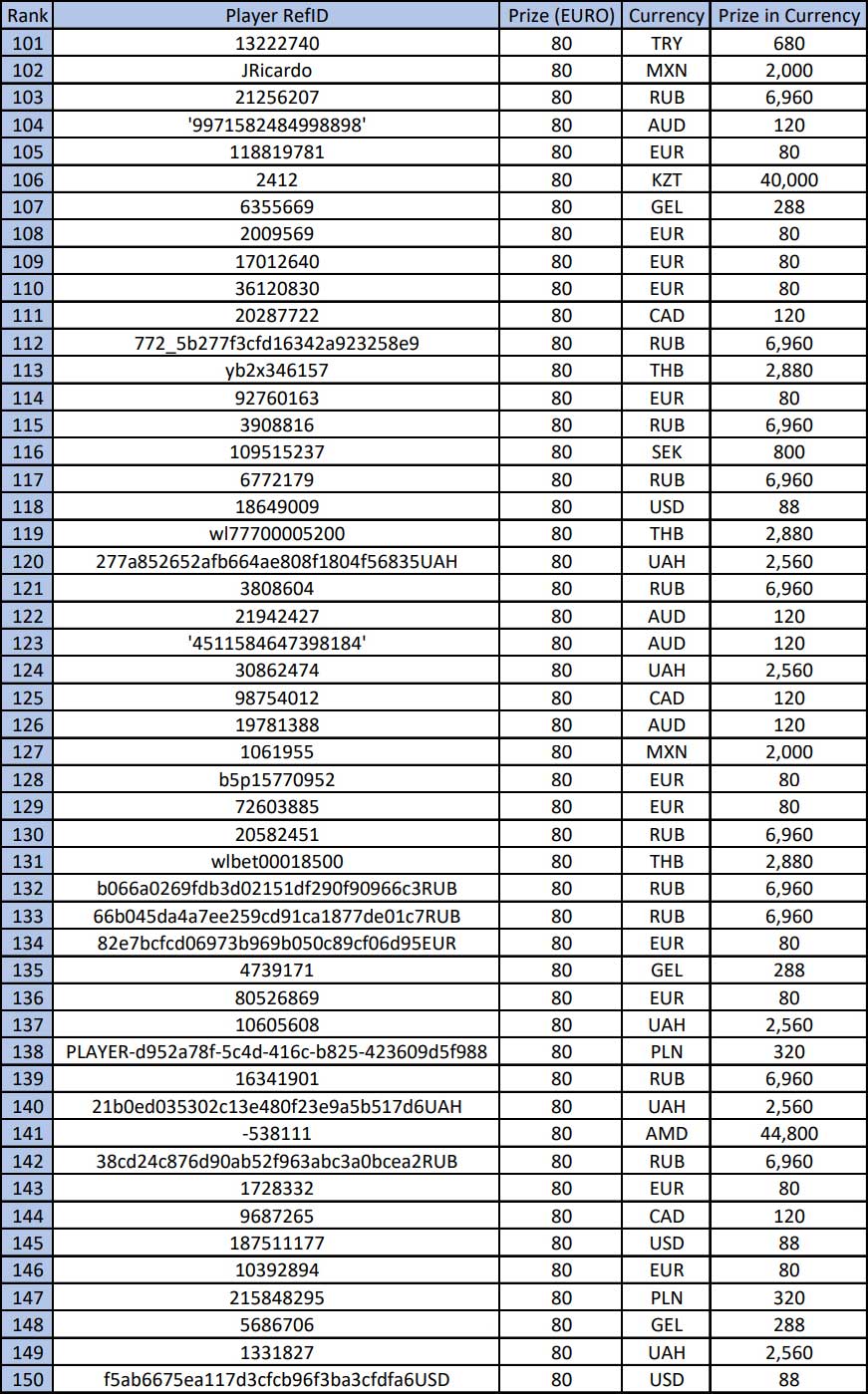 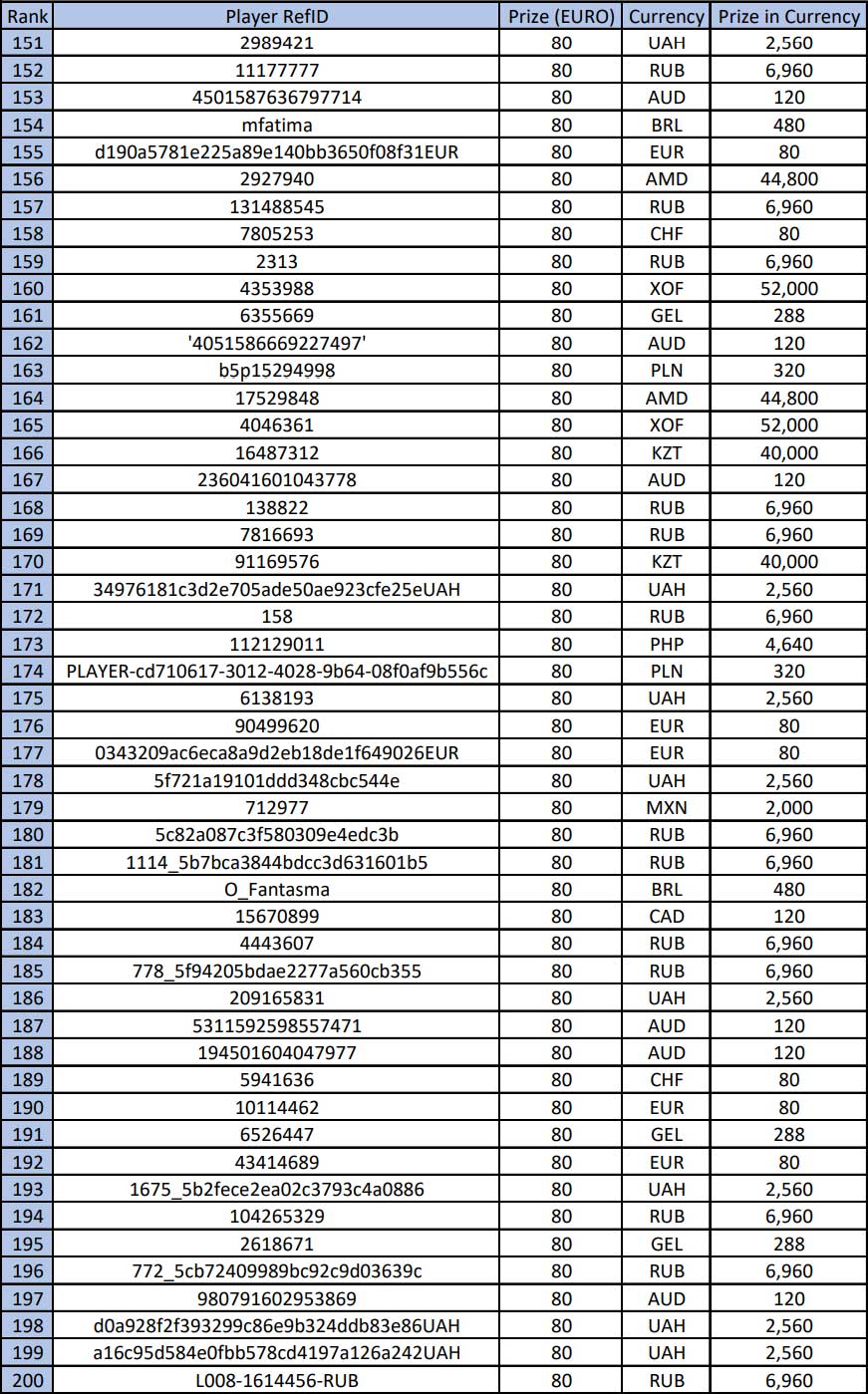 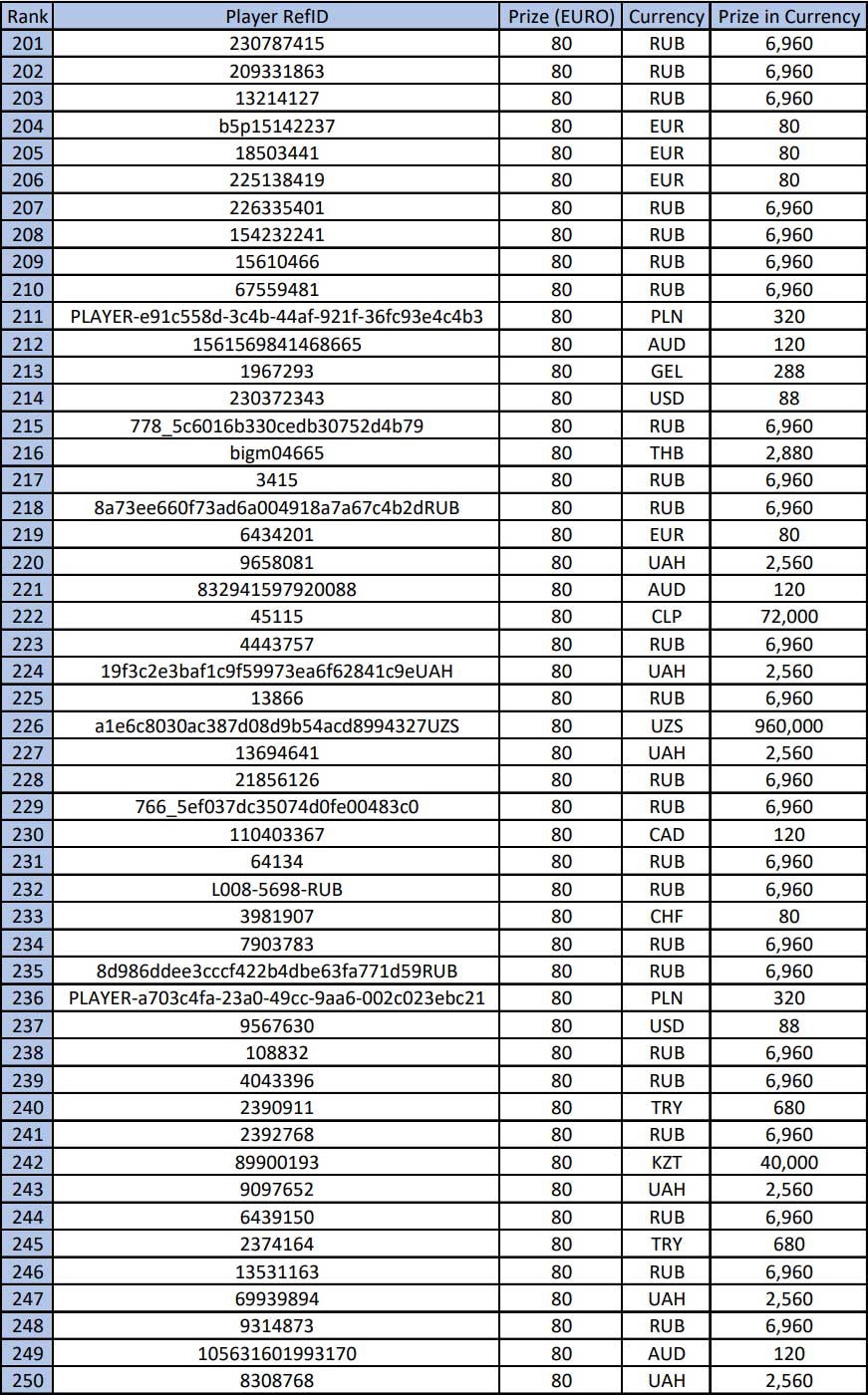